The Importance of Having an Air Purification Unit 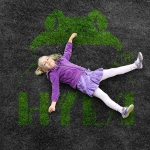 Just as important as the food we eat and the water we drink is the air we breathe. In all three cases, the substance in question is necessary for survival and good health.

But while we’ve all extremely discerning about the sorts of food and drink we put into our bodies, we’re markedly less so when it comes to the air quality in our homes. And this is all the more the case when it comes to cleanliness; while a dirty kitchen might be cause for alarm, a dirty air supply is unlikely to be so.

Fortunately, there’s a device that can help – the air purification unit. These devices are designed to remove airborne contaminants from a room, and thereby deliver a number of different benefits. In this article, we’ll examine this technology – and see how it might benefit your home.

How does an air purifier work?

Air purifiers do their work by passing air through filters, which catch small particles and thereby remove them from the air in the room. These filters come in a trio (or an even larger group) of different varieties, which work in concert with one another:

This is the first sort of filter that the air will encounter as it passes through the air purifier. It can be thought of as a ‘coarse’ filter, catching larger particles before they reach the inner filters of the purifier. Pre-filters come with holes larger than a micron, and as such will stop only the largest particles – consequently, they rarely need replacing, and act as a first line of defence to protect the other two filters.

Having passed through the pre-filter, air passing through the filter will next have to pass through a much finer filter, known as the high-efficiency particulate air filter, or HEPA filter. This filter contains holes that are just a fraction of a micron wide; they’ll stop even the finest, most invisible airborne particles. After a while, this sort of filter will clog with dust, and so occasional replacement will be needed to preserve the long-term function of the unit.

Finally, finely-strained air will come across the carbon filter. These filters work in a slightly different way; rather than simply blocking the progress of unwanted substances by casting a net over them, allowing only finer particles through, this filter uses activated carbon to draw unwanted substances in and trap them. Once carbon (or charcoal) has been processed in this way, its surface area is enormously high, making it enormously absorbent. An activated carbon filter will absorb airborne chemicals and odours like cigarette smoke, paint fumes, and cooking odours. They’re perfect for use in the kitchen, if you’d rather not have the smell of your latest creation linger for days (or longer) after you’ve finished eating it!

Where should an air purifier be placed?

The majority of air purifiers are designed to be used in just one room. If you’re placing it in your home, then the best candidate is usually the room you spent the most time in. However, you might also want to place your purifier according to where it’s most likely to be needed – which most often means placing it in the kitchen, a smoking area, or a child’s playroom.

If you’d like extra flexibility, then you might consider a mobile purifier, with wheels which allow it to be easily moved from one area to another.

Can an air purifier help with allergies?

If you’re suffering from an allergic reaction, then it may be that an air purification unit can help to address your symptoms. At certain times of year, your home may be filled with airborne allergens, including pollen, dust, spores and dead skin from your pets.

Of course, if we’re to limit the consequences of these allergens, then a programme of regular cleaning is essential. The fibres of carpets, sofas and cushions can provide allergen-producing microbes with the resources they need to thrive, and provide a place for allergens themselves to settle until they’re eventually inhaled. By running a vacuum-cleaner across affected areas, we’ll be able to hugely limit the impact that such allergens have on the local environment. Similarly, by regularly washing bedsheets and the like, it’s possible to protect your home against allergens.

But while it’s possible to remove many of these allergic-reaction-provoking substances from the surfaces of our home, expunging them from the air can be a great deal more difficult – particularly if they’re constantly flowing into your house from the world outside. In this sense, an air purifier can act like a vacuum cleaner for the entire home – gradually sucking air through itself, removing particulates and releasing clean air. Not only will this directly reduce the likelihood and severity of allergic symptoms, but it will also reduce the amount of dust that eventually settles into carpets, rugs, cushions and sofas.

This is true not just of allergens, but of harmful microbes in general. By installing an air purifier, you’ll be able to keep the air in your home free from some of the bacteria and viruses that might cause diseases to develop.

What about my home itself?

As well as preserving the health of every living in it, an air purifier might bring benefits to the home itself. By removing harmful substances from the air, the effect of things like mould and rot will be much reduced. This is even after accounting for the cost of running the purifier itself; depending on the model of purifier, you can expect yours to consume between fifty to two-hundred watts per hour – which is somewhere between a table lamp and a computer. This preservative effect is especially useful shortly after renovation work.

Which Air purifier should I choose?

When deciding which model to select, you’ll need to consider the amount of air that a device can purify, measured in CFM (cubic feet per minute); the energy rating of the device; and whether the purifier comes equipped with a carbon filter. You choice should be informed by your circumstances and the makeup of your home – but whichever you make, you’re likely to quickly notice a difference in air quality in your home.

No products in the cart.